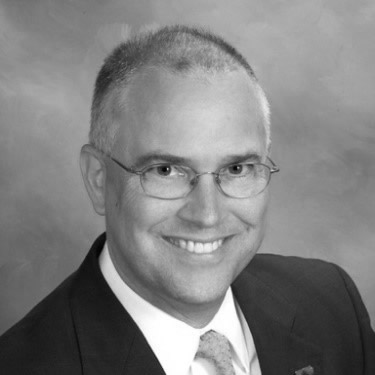 Mr. David Maxwell currently is working for the Electric Infrastructure Security Council as a Sector Coordinator for the Non-Governmental Organizations (NGO) sector. In this role Mr. Maxwell will work to ensure the NGO Sector is prepared for a major outage on the electrical grids that could last days/weeks/months. The primary focus of this preparation will be on mass care.

Maxwell was appointed on June 30, 2006 as Director of the Arkansas Department of Emergency Management (ADEM) and State Homeland Security Advisor. He served as ADEM's Deputy Director from March 2002 until this appointment. He had over 38 years of service with the agency, was the designated State Coordinating Officer for twenty-four federally declared disasters, one federally declared emergency and served three Governors when he retired June 30, 2016.

As Director, Maxwell chaired the Arkansas Homeland Security Executive Committee and served on the Arkansas Governor's Earthquake Advisory Council, State Emergency Response Commission (SERC), Arkansas Wireless Information Network (AWIN) Executive Committee, and Arkansas Tech Emergency Administration and Management Citizens Advisory Council. In October 2009, David served a one year term as 2010 President of the National Emergency Management Association (NEMA). Mr. Maxwell served at various times as the chair of the NEMA Emergency Management Assistance Compact (EMAC) Committee, Preparedness Committee and Response and Recovery Committee, as well as, helping form and chairing a working group between NEMA and the Association of State and Territorial Health Officials (ASTHO). Additionally, David served on the Board of Directors of the Central United States Earthquake Consortium (CUSEC), and was a member of the Executive Committee of the National Governors Association (NGA) Governors Homeland Security Advisors Council for which he chaired the Catastrophic Disaster and Preparedness Committee. In 2015, David was awarded the Lacy E. Suiter Distinguished Service Award by the National Emergency Management Association.

In 1978, he began his career in emergency management working in temporary housing for the State after major flooding in Little Rock, Arkansas, and was promoted to Planning Specialist in 1980. Later he advanced to ADEM's Plans and Operations Division Manager. In that capacity, he ensured the State Emergency Operations Plan (EOP) and local jurisdictional plans were maintained and in compliance with state and federal guidelines. Mr. Maxwell led the division in its mission of coordinating state response and recovery operations, collaborating with federal and local governments, and volunteer agencies with disaster response or recovery responsibilities.

David Maxwell has a Master's Degree in Sociology from Henderson State University in Arkadelphia, Arkansas with a Bachelor's Degree from Arkansas Tech University. David and his wife Lauren reside in Conway, Arkansas.